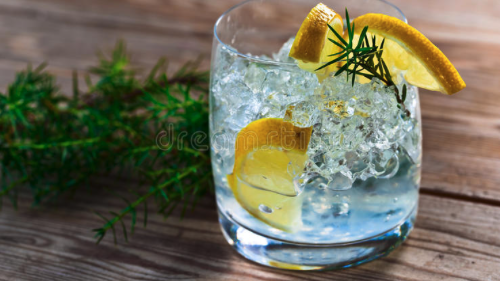 James Bond’s inimitable shaken-not-stirred Vesper, a gin drink thinned with vodka and Lillet Blanc, and dressed with a sliver of lemon, strode into pop culture and elevated the cocktail for new generations from a bit of after-work alcohol, meant to dull the ache of the day, to a toney, uptown, cosmopolitan expression worthy of lingering over and respect. Thought by many to be the provenance of Britain, gin actually has its roots in the Netherlands, and while the notes of juniper and herbs are a uniquely English homage to its empire, gin alone is a blank canvas, an open palette hindered only by the imagination of the distiller.

The story of gin begins in the late 1600’s, when William III, a British royal of dutch birth, known as William of Orange, became king of England, Ireland and Scotland, bringing together for the first time the British Isles under one crown. His court brought with it Genever, a popular tonic in the Netherlands, made from malt wine and juniper, and used for medicinal purposes. Harsh in taste but cheap to make and higher in proof than beer, it was guaranteed to cure whatever ailed you, or to make it so you didn’t care. One of William III’s first acts as king was to form trade blockades against France, and to levy tariffs on imported French wines and Cognacs in an effort to curb the French economy. His Corn Laws, granting tax breaks for distillers, launched Britain’s Gin Craze, which was nowhere more popularized than at the London Frost Fairs, impromptu riverside festivals where Londoners would nibble gingerbread and sip hot gin. The spirit called gin was at the time a perilous, slapdash concoction flavored with everything from seeds to sawdust to turpentine and sulphuric acid, and could cause permanent brain damage, injury and even death. So heavy was gin’s toll on British mental health and mortality that its consumption was viewed among British society with the same disdain they viewed syphillis. Enter the Royal Navy to save the day.

At the zenith of its dominance and at the behest of the crown, the Royal Navy sailed the reaches of the world, claiming land and goods in the name of the King. Tea from India, juniper from North America’s Pacific Northwest, tobacco from the American Colonies, spices from the east and botanicals from Northern Africa were all the exotic rage in London. In celebration of Great Britain’s global stature, distillers utilized the herbs and spices gleaned the world over to create an ephemeral spirit, each crystalline drop filled with notes of flint, pine, grass, and herbs. In London, the lowly Dutch Genever had evolved into the limpid bouquet simply known as Gin.

The classic gin and tonic is arguably the most British cocktail ever created. At its root is the iconic London Dry Gin, a spirit perfumed with the juniper, hyssop, florals and bitter spices collected by the Royal Navy  during its transcontinental sojourns, coupled with tonic water, an anti-malarial given to the sailors of the Royal Navy, and finished with a squeeze of lime, natures answer to scurvy, the scourge of seagoing men where fresh fruits and vegetables were not available.

Today, gin is not limited to the classic London Dry Gin of yesteryear. Rather than a rote recitation from the past, gin is an interpretive dance of botanicals, marrying and mulling as they perfume the spirit, elevating the expression to an unique composition of copious interpretations. Gins may have one central component in their bouquet, such as the classic juniper, or cucumber, or bitter herbs, that stand out and the other notes build around it, or it can be an ensemble performance that blends together the elements to create something greater than the sum of its parts. Whatever interpretation of gin you enjoy, it has its roots deep in history, nobility and pop culture, and it deserves your time, consideration and lingering. And if you do, it will return the favor.